Wealth in the Bible

Using God's Blessings to Bless Others…

Proverbs 28:11 – ‘A rich man may be wise in his own eyes, but a poor man who has discernment sees through him.’

We’re still following on my study of the bible in a year (link), in spite of the fact that we have hit a New Year! Today’s verse considers the difference that may exist between a rich man and a poor man. I believe it is advising against being proud. It is so easy for us to look at our achievements and to grow proud because of them. We’re wise in our own eyes! But God’s word says that a poor man who has discernment sees through him. 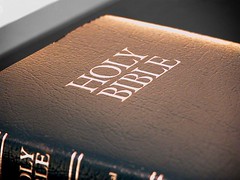 I will stress again; it is not for ourselves that we should desire to be wealthy. It is to promote the Kingdom of God. If our wealth focus is selfish, then this will be loud and clear to everyone watching – especially those with discerning eyes. Having wealth does not make us godlier than a Christian who is lacking. In fact, it can take us away from God if our focus becomes money.

He who has Discernment

Do not be someone who is lacking in discernment as you acquire funds. Recognise where your wealth comes from and stay grounded. Keep your focus on Him and follow His guidance. Then you will not fall into the trap of having others looking upon you and seeing a fool who has lost the correct focus. Do not be wise in your own eyes; attribute it all to God. Then the person who has discernment will see Christ in you.

Wealth tip – if the amount the need or want to save isn’t possible on your current budget, consider where costs could be cut or more money could be earned.

Amasses it for Another

Other Writings by Christine